There’s a chill in the air, color in the leaves, and we all unpack our blankets and sweaters. When you’re here people like to curl up with a good book, especially when the weather turns colder, and comics are no exception. There’s no better time to grab a hefty omnibus than when I have the padding of a blanket on my lap. As Jack Frost begins his work, I can read about heroes and villains with fire abilities to warm me up.

Of course, there are hundreds of comic issues every month, and November is no exception. Most of them are the latest installment of a long or short-running series, making them very difficult to get into. Continuity is both one of comics’ greatest strengths and one of its greatest weaknesses. This list focuses on #1 issues, collections, and graphic novels.

November has it all in the world of glossies. Superheroes old and new, vampires, Eisner Award nominees, spies and science fiction. Each is either standalone or a great point to jump into a new series. Check this list and give your local comic book store a call as you need to have these new comics on your pick list in November.

Batman & The Joker: The Deadly Duo #1 by Mark Silvestri and Greg Capullo

Will Mark Silvestri return to Batman? Any kid who grew up reading ’90s comics is ready for this. This DC Black Label series is missing Harley and Commissioner Gordon. Only an uneasy alliance between The Dark Knight and The Clown Prince could save them both. 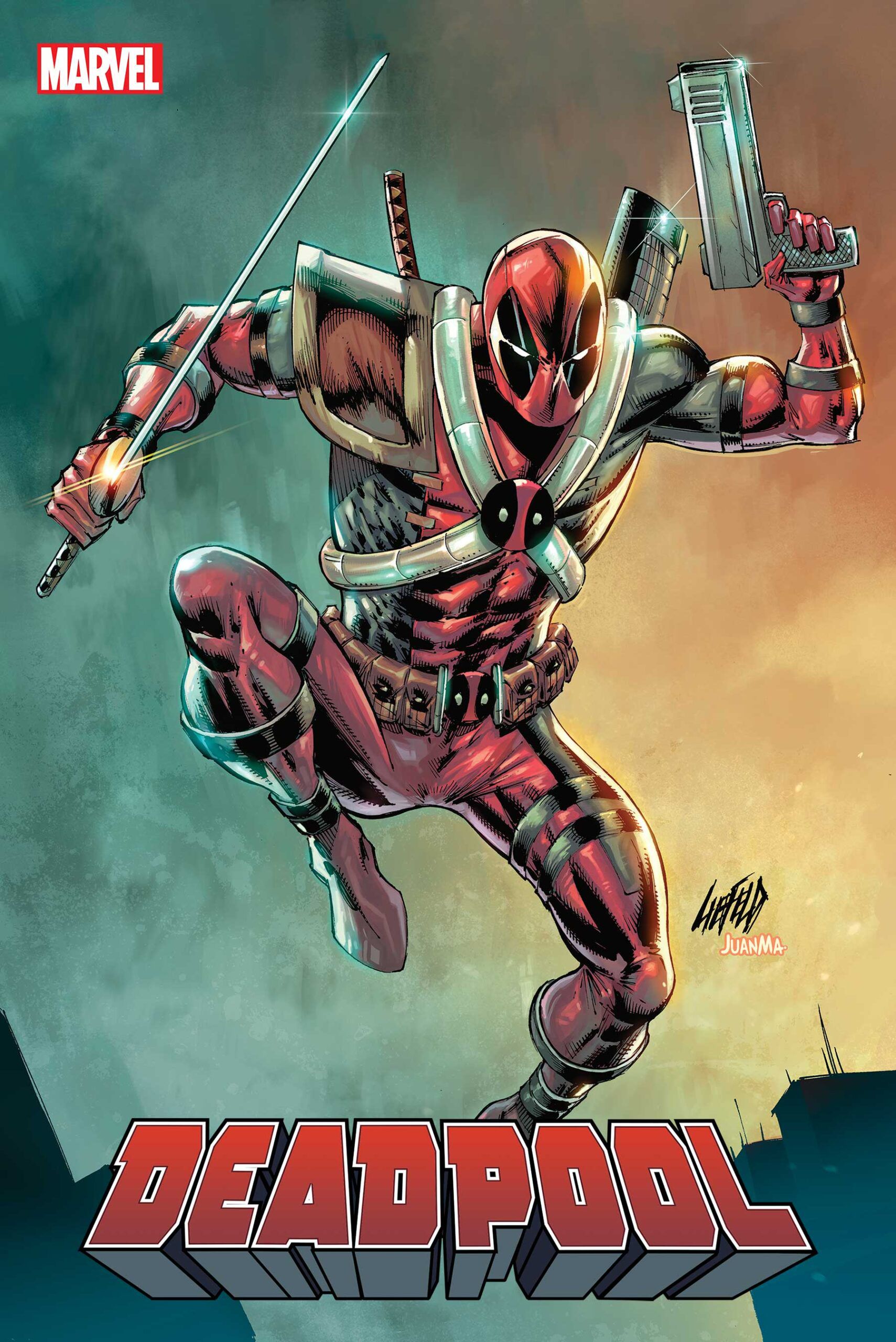 Deadpool is back! He never really went away, popping up left and right across the many Marvel universes, always breaking the fourth wall and engaging in hijinks. But now he’s back in a new ongoing series written by the incredible Alyssa Wong, and that’s what I’m here for. 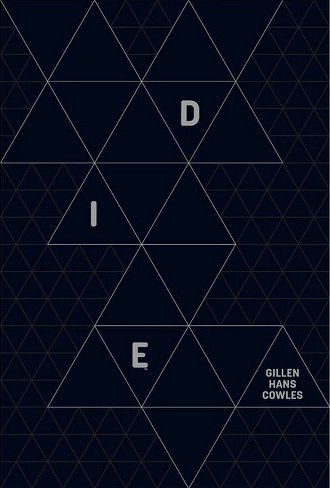 Kieron Gillen is a superstar comic book writer, and this book contains the first 20 issues of Die in beautifully hardcover. In this dark fantasy, a group of forty-somethings must suddenly confront a horror resurrected from their teenage tabletop roleplaying days. It’s great fun and so imaginative. 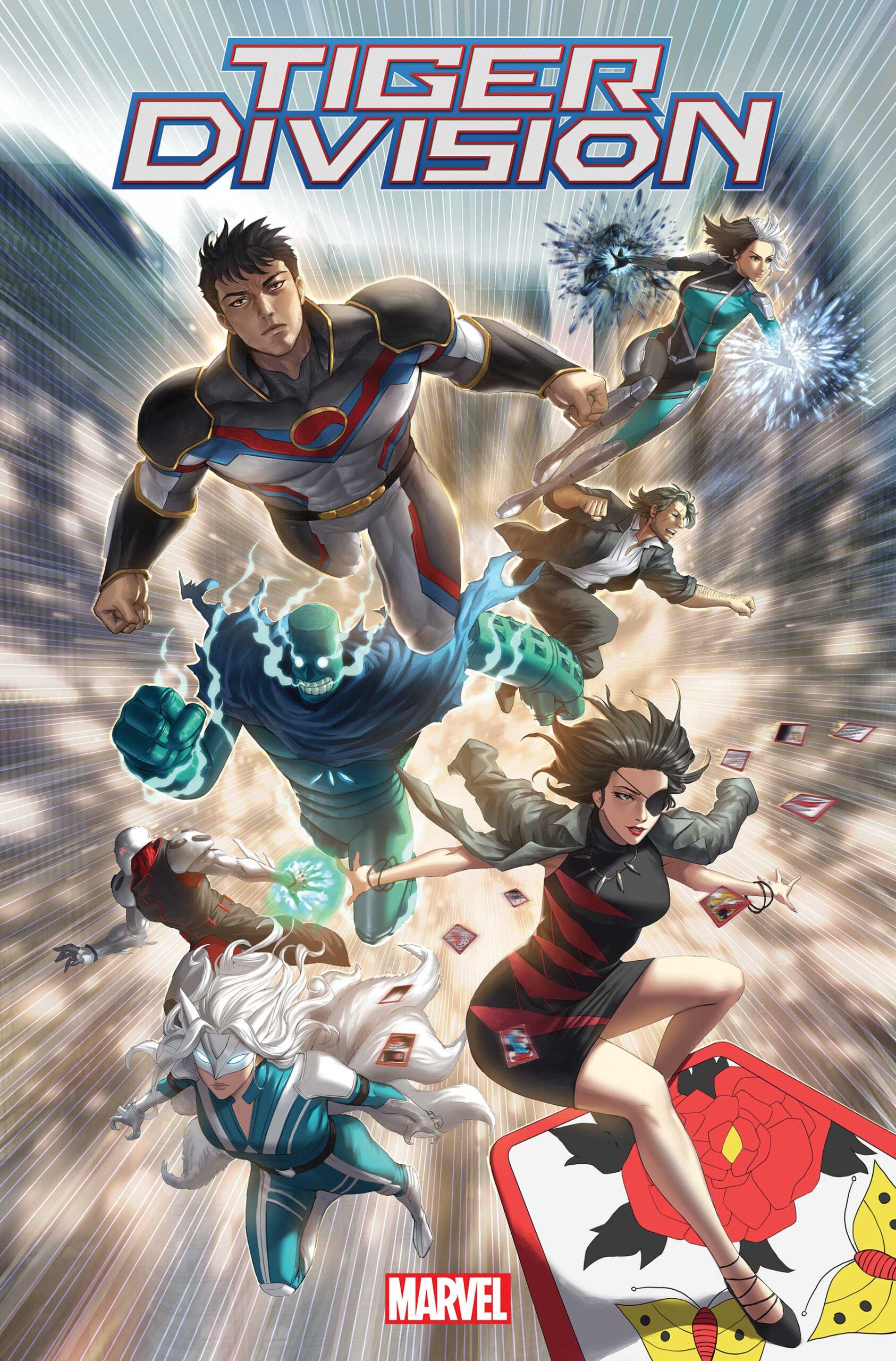 If you love superheroes then you must love a good team book. Solo heroes are fun, but it’s when their personalities collide that these characters really come to life. You know The Avengers and the X-Men, now say hello to Tiger Division, South Korea’s powerful superhero team. White Fox leads a team of new superheroes in the Marvel Universe. 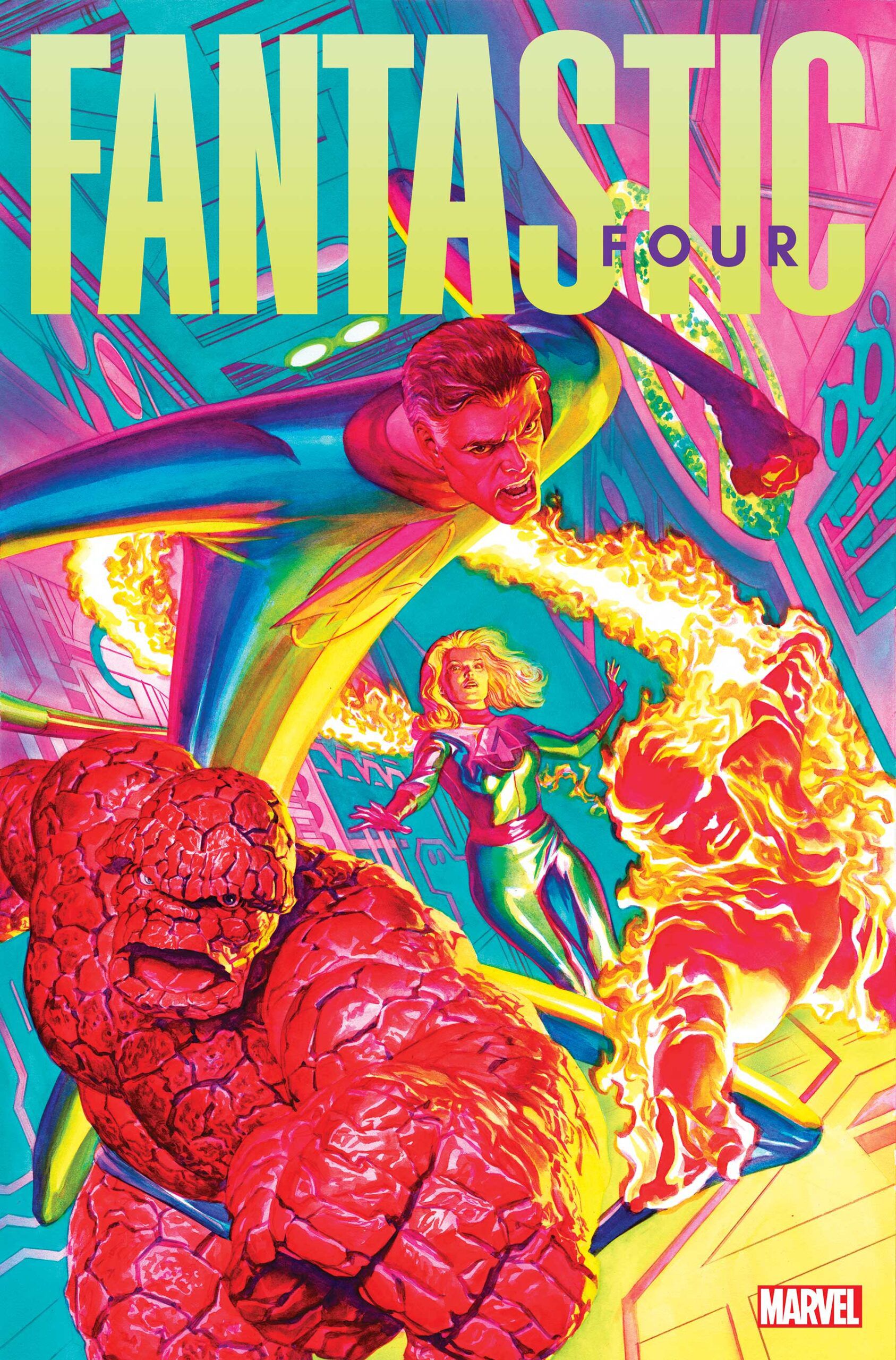 Marvel’s first family is back with a new ongoing series, and I’m drooling over that Alex Ross cover as I write this. This new series focuses on the core Fantastic Four characters, beginning with a Groundhog Day-esque time warp. This has to be one of November’s most anticipated new comics. 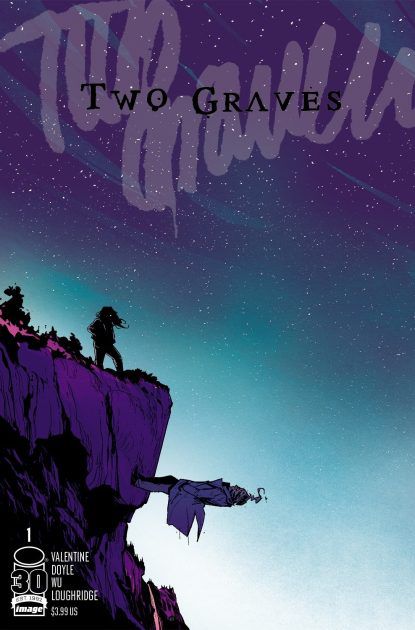 This retelling of the Persephone myth is unlike anything you’ve ever read. Death and the Maiden are going on a road trip. Sounds easy, but nothing is ever easy with these two. Everyday life and supernatural powers come together in a beautiful, intimate yet otherworldly story. 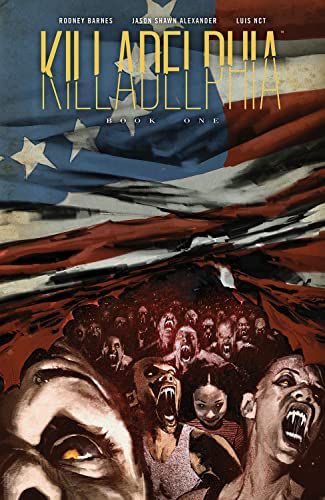 Killadelphia Book One by Rodney Barnes and Jason Shaw Alexander

When a small-town cop returns to Philly to bury his murdered father, he discovers more than corruption and crime in the city of brotherly love. He finds vampires. This hardcover contains the first 12 issues in the series and all five issues of the werewolf follow-on, Elysium Gardens. 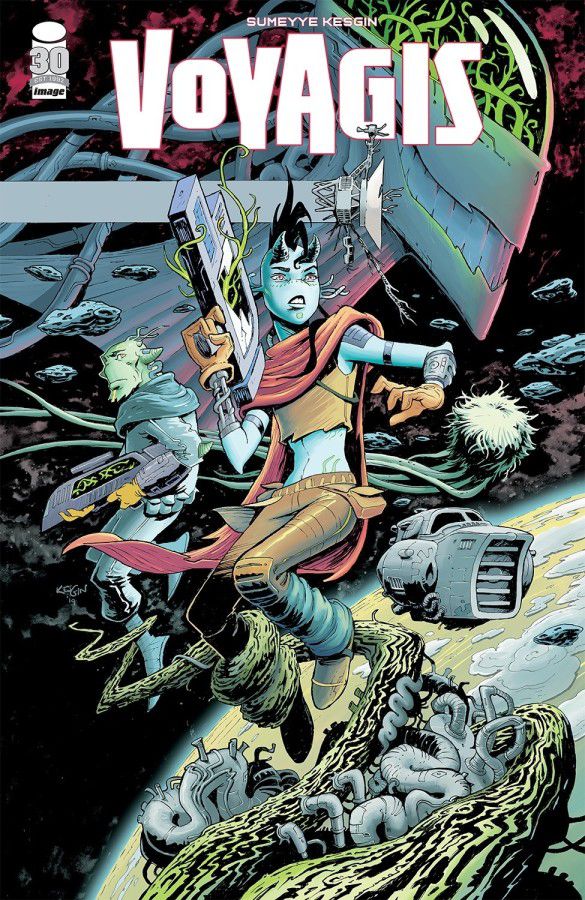 Ready for superstar artist Sumeyye Kesgin’s writing debut? This wild sci-fi miniseries starts here. One of Earth’s Voyager probes landed on an alien planet ravaged by a black hole. Seeing so little hope around Sen, he sees the probe as a glimmer of hope and is determined to find out where it came from. 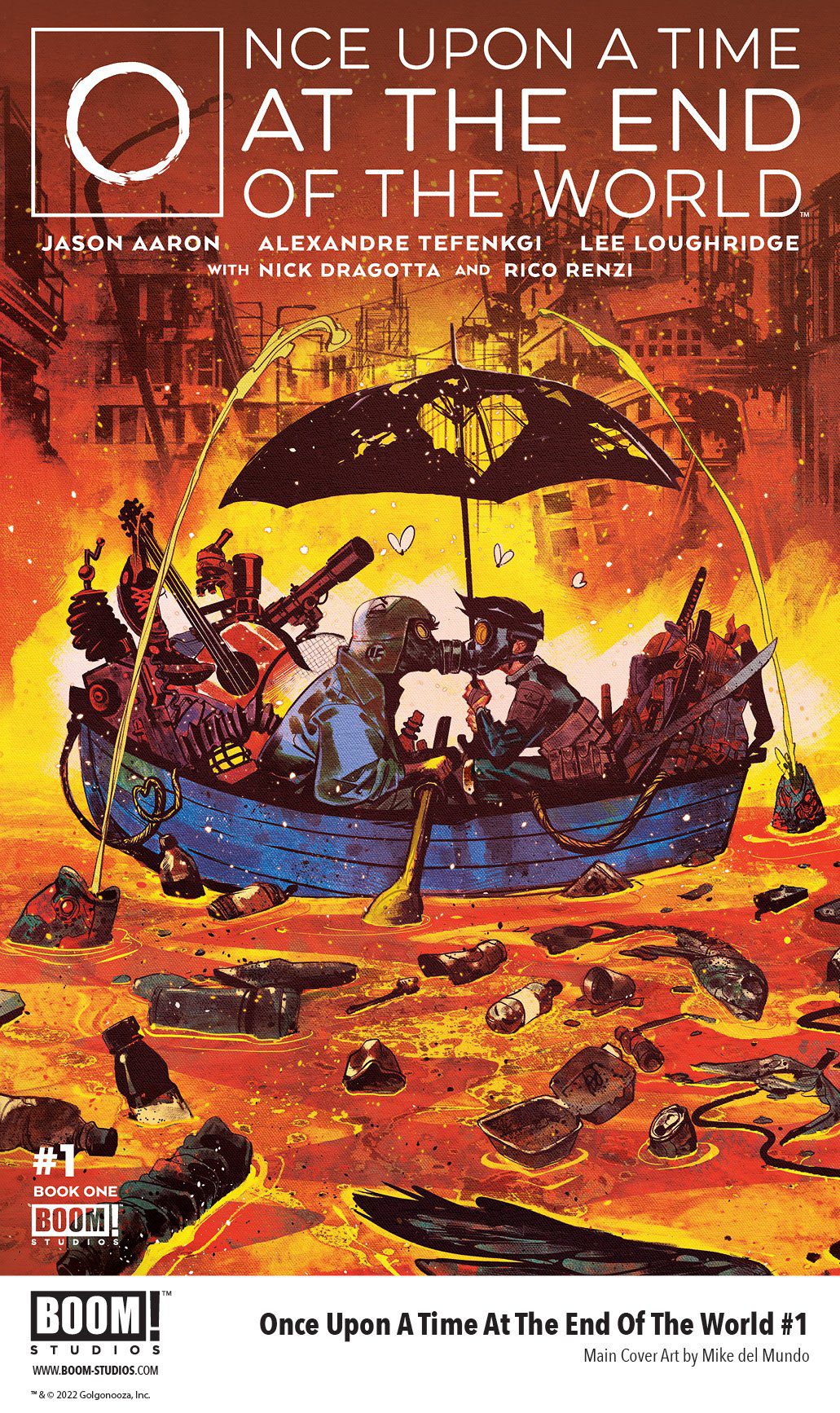 Jason Aaron has won and earned every award imaginable as a comics writer, and now he’s working with three graphic teams to create this post-apocalyptic trilogy. In a world devastated by environmental disasters, Maceo and Mezzy find each other. Can they find hope in each other as the world falls apart? This love story is definitely one of the new comics coming out in November that I’m looking forward to. 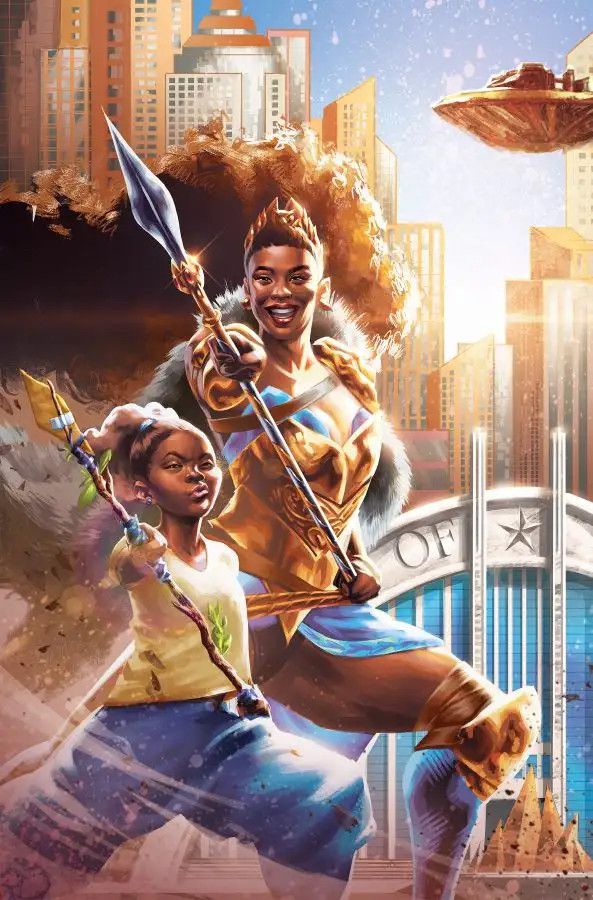 Believe it or not, Nubia was created in the DC Universe 50 years ago. To celebrate, she joins the Justice League, and this one-shot special gathers a small army of talented artists and writers to tell some great stories about this amazing Amazon. Diana isn’t the only wonderful woman who deserves to be in the DC spotlight. 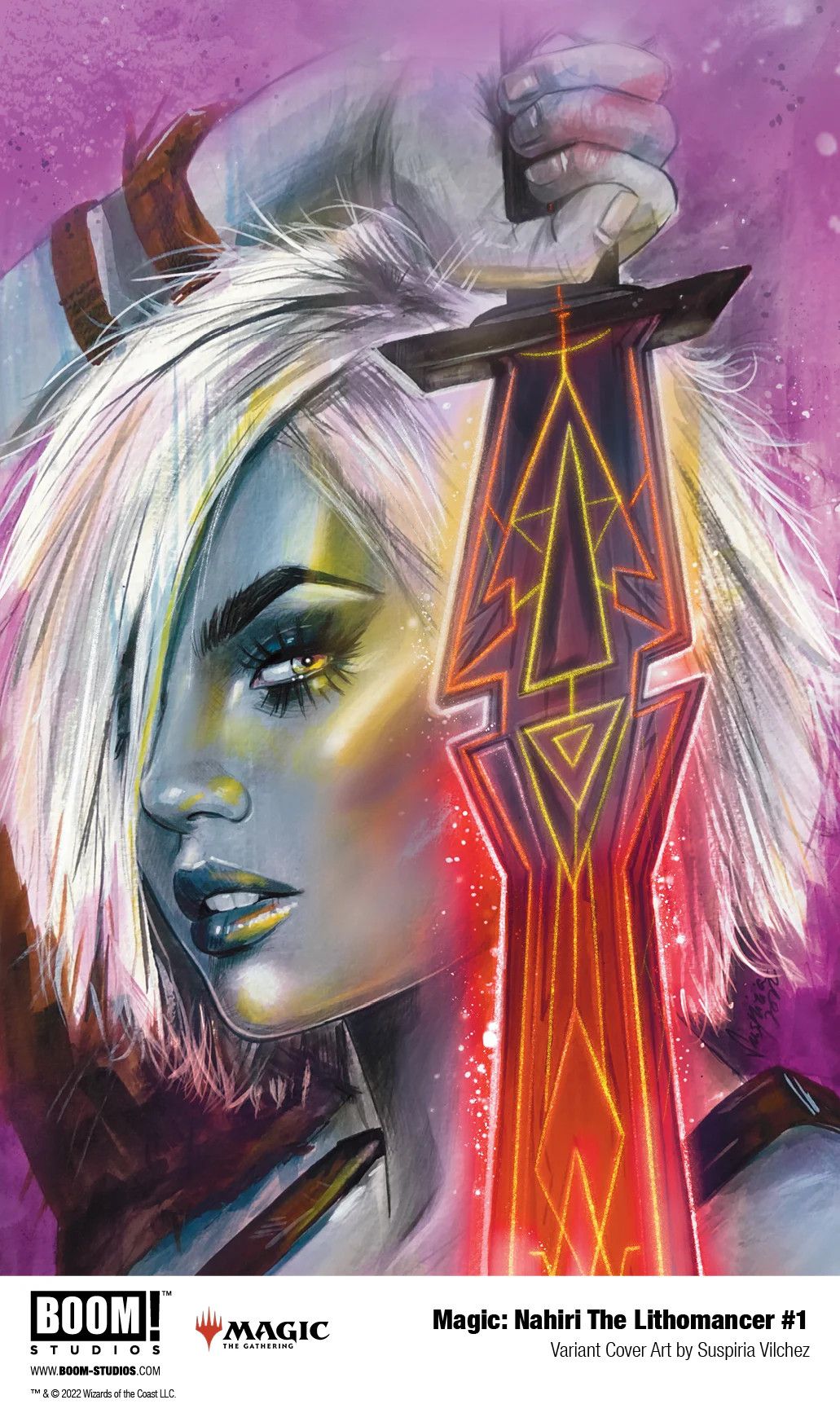 Magic: Nahiri the Lithomacer by Seanan McGuire and Fabiana Mascolo

Here’s one for all Magic: The Gathering fans, written by award-winning novelist Seanan McGuire. First of all, this series will answer the question: what is a lithomancer? It will also tell the story behind the planeswalker, behind the cards. I don’t usually like these types of comics, but I’ve been here since McGuire came to the pen.

That’s just scratching the surface of the great comics coming out in November, but what a fine dozen scratches they are. What new comics are you looking forward to this month?