“Premise”, Thi Mai Nguyen. The princess talks to herself about the “commemoratio dilemma”. A man of endless wit. Photo © Danny Willems

Keep them all in mind.

Evila and Prémisse were part of the festival ZOA, Zone d’occupation artistique, a female-centric production that is new and promising to me.

Since political or cultural themes tend to boil down to positions, they don’t usually work for me as themes in movement art. I say this as a person who supported Bill Clinton’s position on criminal justice and wonders every night now how much of that cop’s weight on George Floyd’s neck was mine.

With well thought out visual choreography and physical talent, Evila and Prémisse manage to go far beyond positions and angles to create experiences to be shared with viewers and a wide space for imagination. With the same result as a magician carrying a flame in the palm of his hand, Lisbeth Gruwez manages to transform an interpretation of Débussy’s piano works into a moment where personality, material, movement and sound are music.

Josephine Tilloy’s Evila works according to the plan of Wildman Fischer’s Karussell (1968): as soon as you realize that the up and down is closely connected with the round and round, a light goes on in your head. Tilloy sits on a merry-go-round and in harness and bathing suits the three delicate dancers in tutu, usually under glass pacing with the minutes and hours on the mantelpiece. The merry-go-round spins and spins and these objects – these are objects! – from housewifely charm to objects of sexual fascination, women, pole dancers, disorderly cluster fuckers… If I’ve undone and jumbled rollout, scenario and imagination all, the transparency of the choreography is to blame. Also its effect: an existential nausea in the sense of Sartre – This here is a construct.

Given the affinity that men and women generally feel for one another, I am amazed at the deliberately enforced inequality between women and men. Aside from inequality forcing humanity into the roles of freedman, warden, camp guard, prisoner and, as Christine & The Queens put it, “half-ladies”, inequality stifles love.

I think Thi Mai Nguyen’s reference to the stunned affinity from first to last explains much of my strong feeling for premise (“beginning”). The show notes begin with “Kali est sans limites, s’éclatant sur la piste de danse. Une main d’homme la prend, elle le fait danser.” It’s a really beautiful solo dance performed with a (seemingly preternaturally) beautiful body to what I believe is choreographed as narrative pantomime. What I saw on stage was a woman discovering desire, then its traps: dress, nudity, affinity, dance, love…no relationship…a ​​situation she must, can, will, escape from. Instead of sleeping, she discovers blood and a disembodied man’s head in her bed… She has to come to terms with this… situation too… turns the dead head upside down, gives birth to him, makes the man her baby, and she herself the love object, the giver of the Love – very psychoanalytic. But in a nutshell, Thi Mai Nguyen’s dance constitutes a myth for today’s Kali – paints a dilemma and its impossibilities that grabs the viewer by the throat. Good stuff.

As for Debussy’s piano works and their magician.

Gruwez’ “Solo” is actually a quartet played by pianist Claire Chevallier, Débussy’s music, the personality of Chevallier’s Erard Pianoforte, and the dance between Gruwez himself and Chevallier, the playing pianist.

It’s been a while – and between the pandemic, Putin’s war and the increasing pace of climate catastrophes, what a time! — so I can’t tell if I last saw Lisbeth Gruwez on Dancing Bob Dylan, or if it’s just the special joy of the memory that makes me think so. Anyhow, the magic she uses on Claire Débussy’s Piano Works is very similar to Dylan and has essentially the same result as hers.

Gruwez has a choreographic sense that grew out of what I consider to be “casually precise” intensity. I watched her backstage in a crowd. She is John Keats’ empathy, smoking cigarette after cigarette, La Part de l’Autre, moving in and away from friends, fans and strangers alike. I think their intensity stems from an uncanny awareness of what’s on their plate and how it’s being eaten: awareness of the qualities of the space around them, awareness of the presence of its human and non-human inhabitants, of phenomena happening, awareness of theirs own proprioceptive processes. It’s this casually precise intensity that reminds me of how Dylan danced it: a process of understanding the great poet, dancing to his rhythm, contemplating his paintings to stroking the moment of creation.

In Piano Works – Débussy, Gruwez shows – like a magician a wondrous flame burning in her palm – the pianist Clair Chevallier with her casual precision in the complex relationships of people, things and sounds that form into “music”.

In my opinion, Piano Works begins the piece by “degendering” herself and Claire Chevallier, which sets off the opening magic of the performance. Casually undoing an expectation about the duet, degender unleashes different energies: same effect as invoking Lady Macbeth. Other energies make it easy to believe what you want to see appearing to be.

Other energies allow for dramatic tensions that give Gruwez the chance to casually and precisely distance herself from her interpretive role in order to give the performance its autonomy. Gruwez, who has a strong natural balance mixed with years of physical training, wears a set of wobbly deck shoes to fudge it. In addition to the visual dissonance, the resulting slight physical tension appeals to the viewer: “I’m not interpreting Débussy, you see. By the way, I heard a snippet of Preludes (or something like that!) out of a window that happened to be open in the rain – makes me shake a little. I’m actually into fags.” In other words, forget the magician, look at the palm: there is Chevallier’s straight back, concentration, her attention, her gaze, herself, her bench, her supple fingers listening, hands like spools making the distinctive sound this ancient, enormous threat weave piano. Piano Works – Débussy is himself. The moment you see is his music.

Whether she’s sugar and spice and intense, easygoing and precise as I suggested, or something even more subtle, Lisbeth Gruwez is a must-see performer. Be sure to check out her troupe’s website when you’re traveling in France – you might meet them in one of these surprising local cultural spaces. 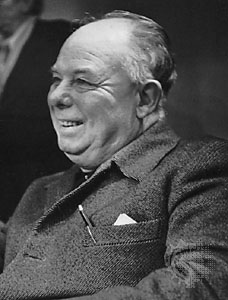