There are many contrasts in the 2022-23 season of the Ballet de Lorraine – in chronology, in genre, in philosophy. I suppose that’s why it opened with Loîc Touzé’s No Oco (Portuguese for “Not Empty”) and Maud Le Pladec’s Static Shot. Although the choice of Le Pladec, born in 1976, and Touzé, who appears not to have been born on a specific date in a specific year, is played out as trans-generational by ballet communicators, the contrast is in what dance does and how the choreographer comes about.

Loîc Touzé and Maud Le Pladec are and were both top dancers. Le Pladec danced for the Touzé choreographer alongside many others of today’s commonly-billed dance folk. Touzé danced for the Paris Opéra from a young age, before leaving classical dance for real work. The common starting point is important because one choreographer and the other have the dancing attitude that dancing is enough. Dancing is a natural phenomenon. The viewer will naturally follow as the dancer dances correctly to the wordless but universal alphabet.

Touzé’s dance speaks to my unspoken feelings. I’ve had a soft spot for Touzé since watching his Form simple, A Dance Through the Goldberg Variations and Je suis lent, “I’m Slow,” Touzé’s Conférence dansée (“Danced Conversation”) in quick succession about his life in dance.

In Goldberg, Touzé manages to locate the sheer deliciousness of Bach’s liberated creative flow by evoking the sounds and movements of his (Bach’s) time. Je suis lent is like contemplating one of my own possible lives. In both, the choreography makes the dance movement so personal that it becomes an invitation to share the moment, if not the performer’s skin. In these and other creations, music is danced over. It’s not a background, but a tool to customize how movement is understood.

The same intimacy-producing approach is at work in Ballet de Lorraine’s version of Touzé’s No Oco. From a stage bisected by a long and wide bench (like a border), the artists casually experiment with a ceaseless and unstoppable flow of relationships across music reminiscent of different rhythms of life… It just seems to happen…

Like a lot of things down here, No Oco ends in a rather haunting a cappella. 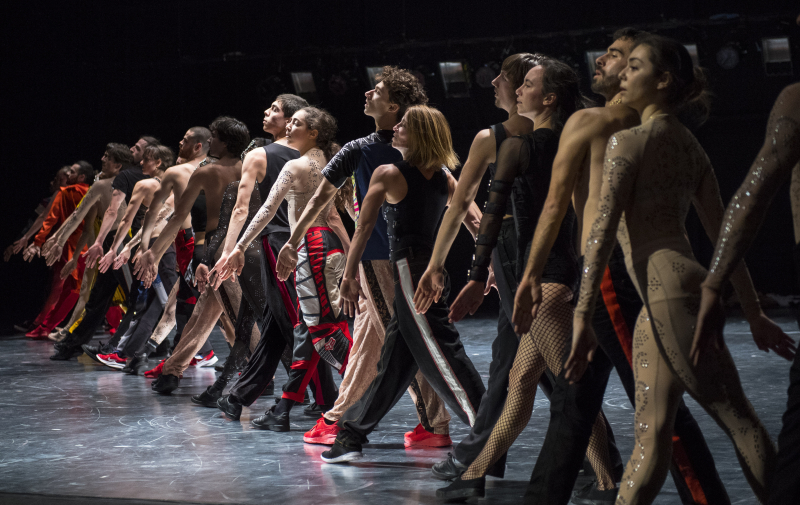 Unlike Touzé, as her presentation video Créations 2009-19 shows, Le Pladec is mostly intoxicating for performers and viewers alike. Where Touzé uses music to draw the viewer’s attention to the performer’s movements, Le Pladec uses it to thrust her performers, and with them the viewer, into a physical and visual kaleidoscope of thrusting arms, stamping feet and untamed hearts: emotion , not feeling.

When she has to put on heels, Karine sometimes struts around the room, pumping her butt and wryly screaming, “Fuck me! Basically, Static Shot does just that: parade around screaming “Fuck for peace! Fuck for love! Fuck for fun!”. Except it’s no joke. Performers and viewers share a shot of pure energy – which is eroticism an incantation, not the thing itself.

Static shot is a good thing. It also reminds the audience that contemporary dance is earth and air, that it deals with feelings and sensations as well as with pauses and ballet. Better maybe because freer.