As an avid reader and student of literature, I’m often asked to recommend “classic” books, but especially classics that have “standing the test of time,” or some other iteration of that phrase. (If I may quote my cousin when he asked me last time: “Is it written in old English? Or like your English and mine? Am I dumb as rocks? I’m dumb as rocks.”) And as someone, who has had to study and analyze various pieces of literature from umpteen different eras, a novel that has academic value does not necessarily fall into the category of reading for pleasure. But then there are some who do.

Aside from the undeniable fact that everyone has different tastes, even in the genre of classics, there are a few that have really stood the test of time. The internet abounds with lists of books that have not aged well, and often for good reason: most commonly outdated sociopolitical views, including but not limited to racism and other forms of discrimination. Sometimes it’s so easy to pick up something from a previous century and say to yourself, “Oops, that wouldn’t work at all today.”

However, there is also something to be said in the way the social media era is quick to judge and pounce on a piece of media, including books, that they believe has not stood the test of time and is on no way should anyone ever pick up this book again for that reason, and I won’t stop talking about it until the dead horse is struck. Sylvia Plath’s The Bell Jar, for example, is arguably one of the most popular pieces of literature of the last century, but in recent years it has come under fire for its use of casual racism and portrayal of non-intersectional white feminism.

While I won’t condone racism from any year, such a discourse makes a good argument for how literature, and classical literature in particular, should be valued: is this piece of medium I love imperfect in some way? Yes. Does that mean I shouldn’t try to analyze these bugs and still find ways to appreciate them for persisting over time? Absolutely not. Are there times when the mistakes overwhelm any effort of appreciation and we therefore discard them? Definitive. But that’s another article.

It’s ultimately impossible to please everyone, but there are actually some “classic” novels that stand the test of time and are worth reading in the 21st century, if that’s what you’re feeling. There are many books that have gotten better with age that could make their own list: George Orwell’s 1984 or Animal Farm, Margaret Atwood’s The Handmaid’s Tale or Jonathan Swift’s Gulliver’s Travels to name a few. I haven’t personally read every title that’s recommended as such by the internet, your local librarian, or your high school English teacher, so I’ve put together a few of my own that I think have gotten better with age – each one of his own reasons.

Books that have gotten better with age

The Picture of Dorian Gray by Oscar Wilde

Find me a literature student who isn’t obsessed with this book. I have literally never met one. Readers, do you know how rare it is to give five stars to a book you had to read for class? The picture of Dorian Gray is my only one, and when I ended up having to read the book twice for two different classes taught by the same teacher, I’m happy to read it again because it’s so good. Believe the hype. Dorian Gray, a 19th-century esthete, is portrayed by his friend and admirer Basil Hallward. Soon realizing that his own beauty will fade while his portrait stays young and beautiful forever, he wishes to sell his soul so that his portrait ages while he gains immortality. What he doesn’t count on, however, is that as his portrait ages, it also begins to record and reflect on each and every one of his sins. 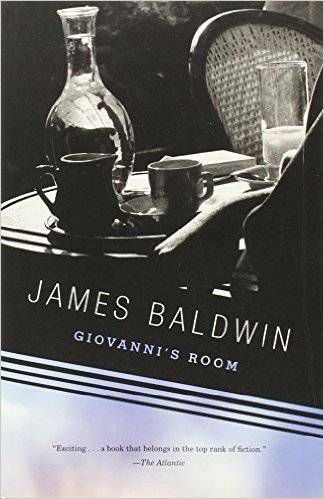 Known for its complex and realistic portrayal of homosexuality and bisexuality in an era when identifying as LGBTQ+ was illegal, Giovanni’s Room casts a vast web of characters, centered on a Paris-based American named David, who is overcome by his frustration and disillusionment with men and the world around him, mainly a bartender he meets at a gay bar called Giovanni. Although the subject of occasional controversy was because Baldwin, a black gay man, wrote a novel whose characters consisted entirely of white characters, Giovanni’s Room only improved with age, as it remains a heartbreaking novel filled with deeply beautiful prose that still articulates the dangers and contradictions of same-sex desire and desire of any kind. As Baldwin put it so beautifully in his last interview in 1984, the novel “isn’t really about homosexuality… It’s about what happens to you when you’re afraid to love someone. Which is much more interesting than the question of homosexuality.” 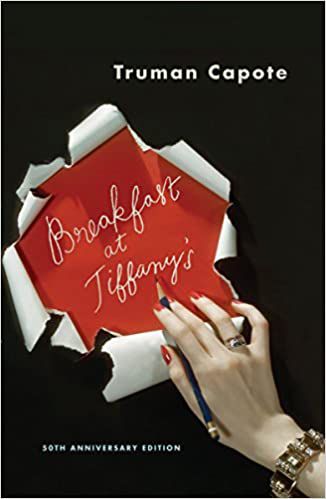 Breakfast at Tiffany’s by Truman Capote

While the 1961 film adaptation, starring Audrey Hepburn and George Peppard, would soon eclipse its source material in terms of popularity (much to Truman Capote’s chagrin, I’m sure), its original novella is still well worth reading – mostly because Paramount filmed what was essentially a prequel to Will & Grace into a straight romantic comedy. Although never stated openly, it is heavily implied that the narrator of Breakfast at Tiffany’s is gay, the man who meets his new neighbor Holly Golightly and is immediately inspired to write about her. Capote based the novel on his experiences with his “Swans”, wealthy public figures who, although they had satisfied all their materialistic desires, were in reality sad and lonely people. The novella has aged well in that Holly Golightly’s fervor grapples with the anxieties of the decades to come, aided by Hepburn who keeps it alive on screen. 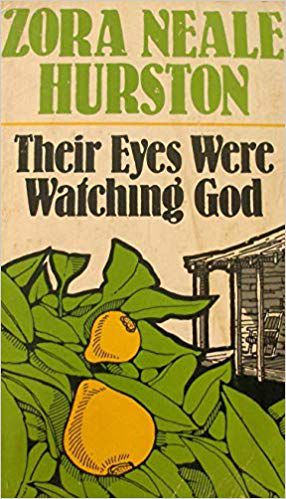 Her Eyes Were Watching God by Zora Neale Hurston

Zora Neale Hurston’s most popular work is a Southern love story about Janie Crawford, a fiercely independent young woman who refuses to live with the bitterness and suffering that seems to define her existence. Through the trials and tribulations of three marriages and a life sadly marred by poverty and struggle, Janie fights for the right to enjoy her place in the world. A highly regarded novel in the canon of African American literature, Their Eyes Were Watching God earned and retains its acclaim over time simply for its portrayal of a powerful black female character who refuses to break away from a world obsessed with labels and prejudices. to be suppressed. and it’s downright inspiring.

Which books do you think have gotten better with age?