Born Today Grace Kelly was twenty-six when she married Prince Ranier and became Princess of Monaco. This ended a short but great film career. Astrologically, her charm, beauty, and royalty are preordained in her chart: Scorpio is not only her birth sign, but her rising sign as well! Grace was born in Philadelphia on November 11, 1929 – on Veterans’ Day, just two weeks after the stock market crash – Grace had the perfect first name, face, height (5’7) and acting skills. Her status as an Earth Serpent (in Chinese astrology) with a magic number of 8 foreshadowed her destiny. If only her moon hadn’t been in OPisces she might have lived longer; She died in a car accident in 1982, months before her fifty-third birthday. “I can’t see myself as an old woman,” she confided. “I will always be the model on the cover of Harper’s Bazaar.” Gracve Kelly shares her birthday with Demi Moore, Leonardo DiCaprio and Dostoyevsky. 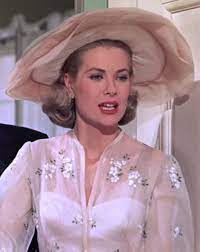 Whether she was playing a Quaker dressed in virginal white in the Wild West (High Noon) or lounging amidst the leading luminaries of Newport society while Louis Armstrong played his trumpet (High Society), Grace Kelly was one of the most glamorous queens of the 1950s on the silver screen , a Harper’s Bazaar cover girl who likes having dinner at 21, vacationing in St Tropez, and knows how to plan a picnic or stand up to a killer. Bing Crosby and Frank Sinatra sang for her. Did Cary Grant choose her (in To Catch a Thief) over Ingrid Bergman (in Notorious)? Did Hitchcock? In Mogambo (1953), she competes with Ava Gardner for Clark Gable’s affections. Little-Known Fact: Bennington College rejected her application because her grades in math were not what was expected. Given the choice of playing James Stewart in Rear Window or Marlon Brando in On the Waterfront, she chose the former. That’s maybe all you know about her and all you need to know. –DL 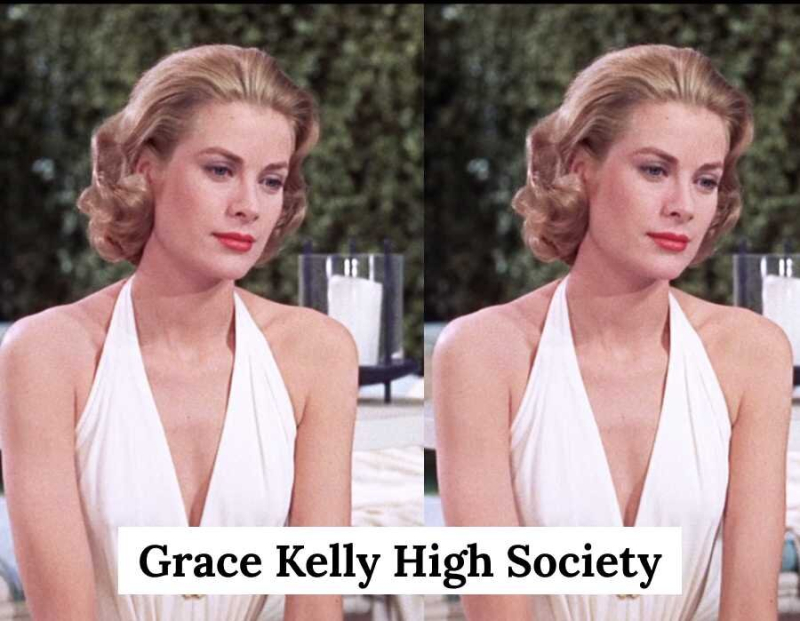