Happy 2023. Best wishes. For this year, I suggest taking it as it comes and letting your heart decide what’s left.

Last New Year’s Eve, I adored watching 18-year-old Ukrainian refugee acrobat Sofia Kotetens meticulously tie the emotional knots of Amy Winehouse’s Back to Black. It seemed to me that Kotetens begs rather than commands her body for her acrobatic dances. I came to the conclusion that the process was like this: She seeks her body’s joy in life, finds it, and bestows it on viewers. None of that challenging, self-defeating stuff in Kotetens; It’s killing me, this notion that the flesh is problematic.

I also had joy in my body the other day before the holidays, when I was preparing for my contemporary dance course.

I had just put on my codpiece and tutu when the notable choreographer and dance artist Jann Gallois blinked into the hallway I used as my dressing room. The two pieces that made me a perennial Gallois fan remain references for me: Compact and Diagnostic F20.9. One is body to body, the other is mind to body.

I asked Jann what she was up to? She told me a piece about joy.

Later that same afternoon, after class and after spending some time in front of a mirror and feeling pretty good while embracing my inelegant thick back and handsome old man’s man tits, one of my dance classmates invited me along with my classmates at her house for an aperitif. 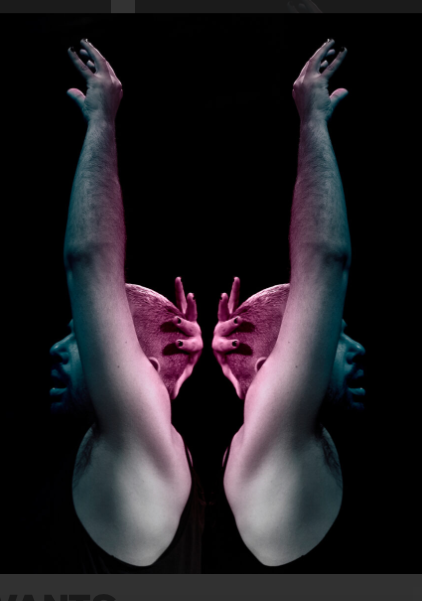 When we had all the drinks in hand, she raised her glass. Sante, Boneur! she cried, clinking hers against her partner’s. With a simple glance, this friendly hostess managed to meet each of our eyes as she touched her glass against one of us in turn.

I thought: Sante. Bonheur. Health. Happiness. Point. Point. That pretty much covers it, doesn’t it? No happiness without health, no health without happiness.

Which reminded me that no quark is unentangled; when i look into the cat box, coincidence turns into synchronicity.

The joy of Jann Gallois, my dance class, my acceptance of a fat back and man’s boobs, the “health. Happiness.” and the pleasure of Sofia Kotetens are the mediums of my main decisions for dance performances in what used to be deep winter.

I look back into the box and feel strange attractors.

Choreographer François Gremaud conducts an analysis of Giselle and her wrongs – is she being wronged or is a peasant dying of heartbreak an advance in consciousness? He and dancer Samantha van Wissen light their lamp to the libretto of the famous ballet, one of the most Gothic stories this side of Otranto Castle.

Apparently, Gremaud and van Wissen came up with a one-woman show with a dance combo.

Within an even decade, this year is an odd number, so I think it’s appropriate to complement the analysis of classic gothic ballet with possible future rituals.

Ritual and art use the sublime to connect us down here with us there. Performer, choreographer and freelance curator Agnes Gryczkowska has put together Au-Delà: Rituels pour un monde nouveau (“There Beyond: Rituals for a New World”), a multi-creator and multi-craft exhibition modeled as an “initiation”, evoking archaic, contemporary, and future rituals through ceremonies, gestures, objects, and crafts that connect “earth energy” and life. Sounds like a study of the sacred. At Lafayette Anticipations from February 15 to May 7, 2023.

And why do I care? Why did I always care?

Because the body is the theater of the mind. Held at the Carreau du Temple from 17-21 February 2023 for its second edition, the Every Body festival bills itself as a dance and performance centered on the “contemporary body” – the body’s place in society.

It is, sure, but as a dance performance rather than a blah blah, it’s more: an exercise in dance than imagination with introspection.

In a world made of cat boxes turning chance into synchronicity, what is the truth and what is the lie?

To help me with that, I will be watching as much as I can of the Faits d’Hiver festival from January 16, 2023 to February 18, 2023. The festival celebrates its 25th season with a program built around and honoring dancer and choreographer Thomas Lebrun. According to Christophe Martin, the main programmer of Faits d’Hiver, Lebrun represents par excellence the inventiveness with skill that represents the goals of the festival as an institution.

Martin runs the dance performance organization Micadanses and is also the aesthetic force behind it – Bien Fait! Micadanse’s end-of-residence dance performance program, which I recently wrote about, consistently produces pieces that make sense—not always entertainment, always art (Micadanses: Try some of this Surprise. Tastes like Imagination).

When all is said and done, I look forward to studying Martin’s judgment in the new creations on offer during the festival. I mean “discrimination” more as it was defined in Samuel Johnson’s dictionary: not “taste,” but the ability to tell the difference between the “real” and the “false.” And I mean “real” and “fake,” as Lana Del Rey (National Anthem) defines them. I don’t think every performance on the bill will live up to my expectations. I don’t think I don’t sometimes walk out amazed. But thanks to the distinctiveness that goes into the festival’s selection, I think I always come out with a little more on my mind and spirit than I went in.