Have you seen Glass Onion yet? It’s a delightfully funny, weird and goofy mystery film in which Daniel Craig reprises his Knives Out role as posh Southern detective Benoit Blanc. If you were to compare him to famous detectives, I’d say he’s a more humble and flamboyant Sherlock Holmes. A little Columbo, a little Miss Marple. As I watched the film and its superb cast, I was struck by the number of amazing film and television adaptations the actors had under their belts. So I decided to examine the lives of the Glass Onion cast in the book adaptation. (A warning that there will be cameo spoilers at the end of the post.)

But first to the movie. In this film, Benoit was invited to a party on a private island in Greece. The island is owned by tech billionaire Miles Bron (Edward Norton), and he gathers his closest friends for an annual fancy vacation. This time he’s throwing a murder mystery party and the victim will be him. Nothing ever goes wrong when someone throws one like that, right? JK, if you’ve read books or watched TV shows and movies, you know that things ALWAYS go wrong at a crime party.

Writer-director Rian Johnson said he was influenced by Agatha Christie when writing Glass Onion and his earlier film Knives Out. Like Christie’s novels, you don’t have to enjoy them in any order, they stand well on their own. They’re really fun mysteries in locked rooms with lots of secrets, weird places and themes, themes, themes.

And now back to the heart of this article. The talented cast of Glass Onion have appeared in MANY book and comic book adaptations. So here’s a fun list of many of the customizations they’ve been a part of. It’s not an absolutely complete list, but it covers many of them. As I said, there will be cameo spoilers at the end of the article, but I had to include the actors because they have so many great adaptations to their names! How many of these have you seen?

First film credit is as Sgt. Botha in the 1992 adaptation of Bryce Courtenay’s The Power of One.

He appeared in a Zorro television series in 1995 and in a Moll Flanders television mini-series the following year.

I remember first seeing him in a 1997 adaptation of Minette Walters’ The Ice House.

He is Connor Rooney in the 2002 adaptation of Road to Perdition, the graphic novel about gangsters during the Great Depression by Max Allan Collins.

He played poet Ted Hughes in 2003’s Sylvia and Perry Smith, one of the convicted murderers in 2006’s Infamous about Truman Capote and In Cold Blood.

His most famous literary role is probably that of James Bond. He first played Bond in Casino Royale (2006) and then four other films.

He is Lord Asriel in the 2007 film adaptation of The Golden Compass, which didn’t fare nearly as well as the television series adaptation.

He starred opposite Harrison Ford in Cowboys & Aliens (2011), based on the comic book by Scott Mitchell Rosenberg

He was journalist Mikael Blomkvist in the US adaptation of The Girl with the Dragon Tattoo by Stieg Larrson (2011).

Coming up: He’s starring in Jonathan Franzen’s adaptation of Purity. 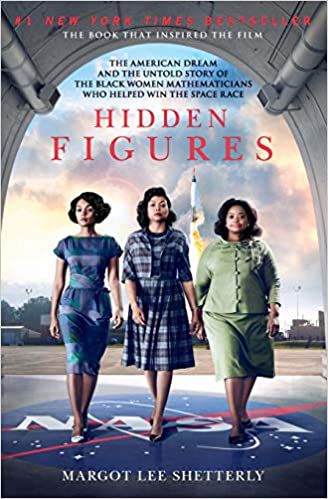 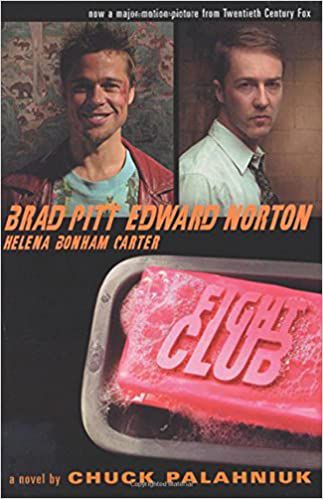 In his second film ever, he played the alter boy Aaron in Primal Fear in 1997, based on the novel by William Diehl, for which he was nominated for an Academy Award for Best Supporting Actor.

His first major role was as a narrator in Chuck Palahniuk’s Fight Club in 1999.

He was Will Graham in Thomas Harris’ remake of Red Dragon (2002).

He portrayed Walter Fane in The Painted Veil by W. Somerset Maugham (2006).

After Eric Bana but before Mark Ruffalo, he was Bruce Banner in The Incredible Hulk (2008).

He appears in The Bourne Legacy by Robert Ludlum (2012).

And most recently he starred in an adaptation of Motherless Brooklyn by Jonathan Lethem (2019). 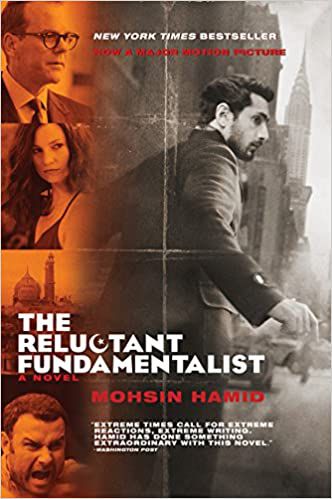 Her first adaptation role was in Ricochet River, based on the novel by Robin Cody (2001).

She was in The Killer Inside Me by Jim Thompson (2010) in which nothing good ever happens to anyone because Jim Thompson.

Next to happier fares, she was in the adaptation of Something Borrowed by Emily Giffin (2011).

She had a role in Mohsin Hamid’s The Reluctant Fundamentalist (2012).

And she starred alongside Octavia Spencer, who is no stranger to adaptations herself, in the second season of Truth Be Told, based on the novel Are You Sleeping? by Kathleen Barber (2019). 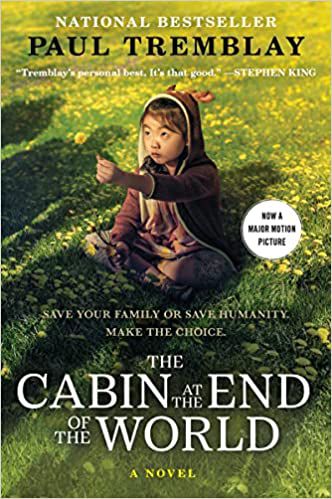 If you haven’t been following Bautista’s wrestling career, then he probably first caught your eye in 2014’s Guardians of the Galaxy, based on the Marvel Comics.

He appeared in the 2015 James Bond film Spectre with his Glass Onion co-star Daniel Craig.

He was in the Blade Runner sequel Blade Runner 2049 (2017) inspired by the novel Do Androids Dream of Electric Sheep? by Philip K Dick.

He appeared as Glossu Rabban Harkonnen in the 2021 adaptation of Frank Hebert’s Dune and will reprise his role in Dune Part 2, due out in the next year or so.

But before that, he’ll be starring in Knock at the Cabin, based on Paul Tremblay’s The Cabin at the End of the World. 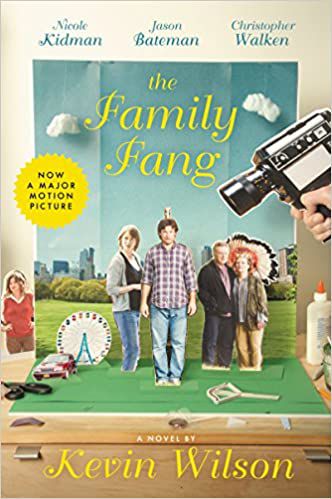 She was in Revolutionary Road with Kate and Leo, based on the novel by Richard Yates (2008).

She starred alongside Ben Stiller in The Secret Life of Walter Mitty (2013), based on a short story by James Thurber.

She was in several things with Jason Bateman! The first of two on this list is This Is Where I Leave You by Jonathan Tropper (2014).

And the second is the adaptation of The Family Fang by Kevin Wilson (2015).

She starred opposite Kevin Bacon in the short-lived series I Love Dick, based on the novel by Chris Kraus (2016).

And in the Mrs. Fletcher mini-series (2019), based on the novel by Tom Perotta (who had almost every work turned into a film or show).

She was featured in the miniseries I Know This Much Is True based on the Wally Lamb novel (2020).

She stole the show in Wandavision (2021), the series based on the Marvel Comics. (And she’s getting her own spinoff.)

Upcoming: She’s starring in Tiny Beautiful Things, the show based on the book by Cheryl Strayed. 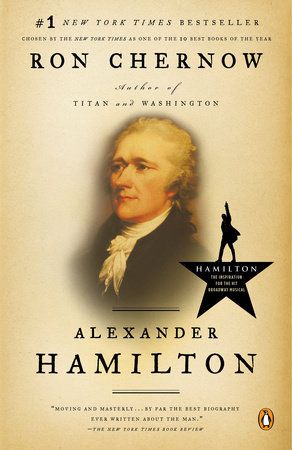 He appeared in a 2014 episode of Gotham based on Batman lore.

He became a household name as Aaron Burr in the original Broadway series of Hamilton (2016), influenced by Ron Chernow’s biopic.

He had a role in Kenneth Branagh’s remake of Agatha Christie’s Murder on the Orient Express (2017).

And next he’ll star in a sequel to William Peter Blatty’s The Exorcist. 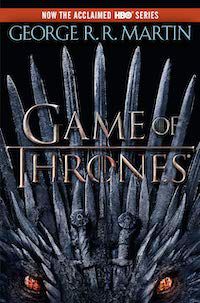 Henwick’s most famous literary role is probably her role as Nymeria Sand in the series Game of Thrones (2015-2017).

She voices a character in the animated series Blade Runner: Black Lotus (2021). 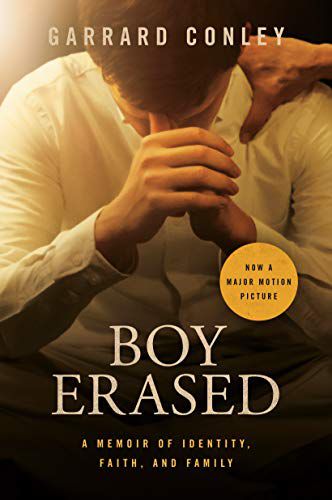 Madeline Cline doesn’t have many book adaptation roles under her belt, but she’s just getting started. She had a role in Boy Erased, based on the memoir by Garrard Conley (2018).

Now get ready for the spoilers. These stars have had cameos in Glass Onion and have a slew of roles in book adaptations.